Ambala is a city and a municipal corporation in Ambala district in the state of Haryana, India, located on the border with the Indian state of Punjab and in proximity to both states capital Chandigarh. Politically; Ambala has two sub-areas: Ambala Cantonment also known as (Ambala Cantt) and Ambala City, less than one kilometer apart, therefore it is also known as “Twin City”. It has a large Indian Army and Indian Air Force presence within its cantonment area. Ambala separates the Ganges river network from the Indus river network and is surrounded by two rivers – Ghaggar and Tangri – to the north and to the south. Due to its geographical location, the Ambala district plays an important role in local tourism, being located 47 km (28 miles) south of Chandigarh, the state capital, 148 km (93 miles) southwest of Shimla, 198 km (121 miles) north of New Delhi and 260 km (155 miles) southeast of Amritsar.Gurudwara Manji Sahib is situated in Ambala. 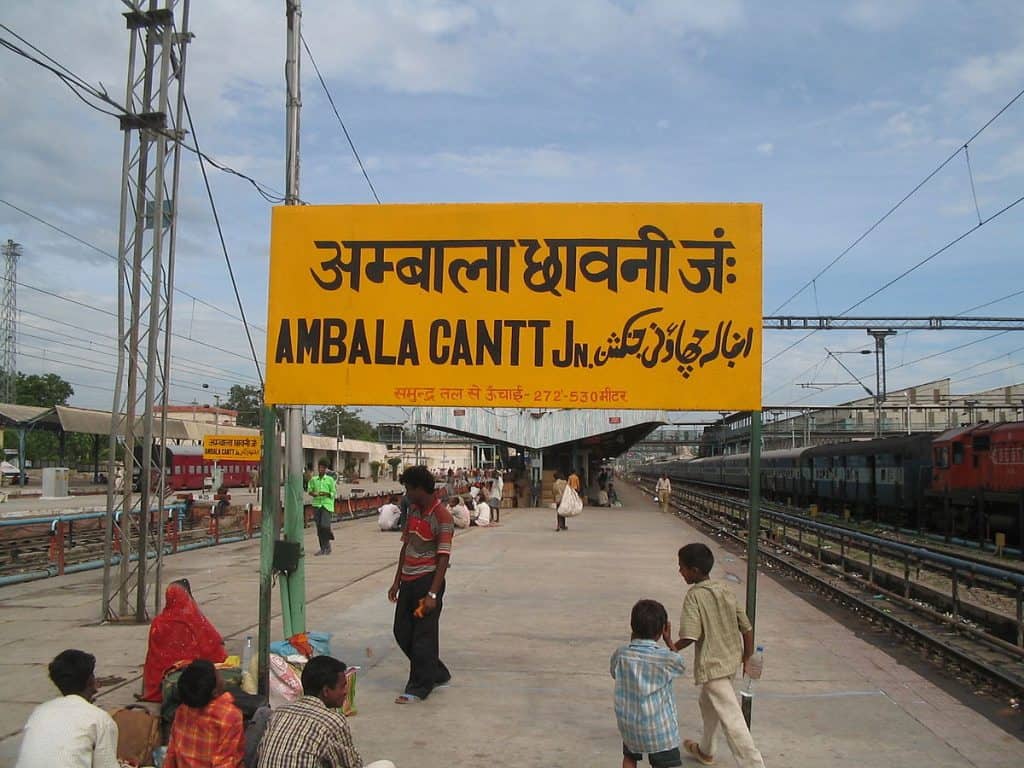