Kalka is a town in the Panchkula district of Haryana, India. The name of this town is derived from the goddess Kali. The town is situated in the foothills of the Himalayas and is a gateway to the neighbouring state of Himachal Pradesh. It is on the National Highway 22 between Chandigarh and Shimla, and it is the terminus of the Kalka-Shimla Railway. To the south of Kalka is Pinjore, and the industrial village of Parwanoo (Himachal Pradesh) is to the north on the NH 22. Industrial development has led to a continuous urban belt from Pinjore to Parwanoo, but Kalka remains largely unaffected by these developments. Nearby is Chandimandir Cantonment where the Western Command of the Indian army is based. In 2013 it has come under the jurisdiction of Panchkula Municipal Corporation and its municipal committee has been dissolved. 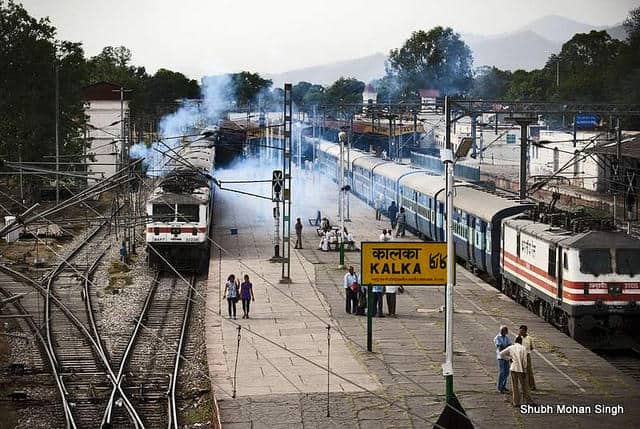