Salasar Balaji or Salasar Dham in India is a place of religious importance for the devotees of Hanuman. It is located in the town of Salasar, on National Highway 65 near Sujangarh in Churu district, Rajasthan. The temple of Balaji, another name of Hanuman, is situated in the middle of Salasar and attracts innumerable worshippers throughout the year. On Chaitra Purnima and Ashvin Purnima, large fairs are organised that attract devotees as they pay homage to the deity. Salasar Balaji is in the religious circuit that includes the pilgrim centres of Rani Sati Temple, Jeen Mata and Khatushyamji, which are located close to it. Initially a small construction, the temple of Salasar Balaji is now considered to be a Shakti Sthal (a shrine) and Swayambhu (self creation) by faith, belief, miracles and wish fulfilments of the devotees.

WHY YOU CHOOSE ST TEMPO TRAVELLERS:

Will AC works on Hill or Himachal in Tempo Traveller? 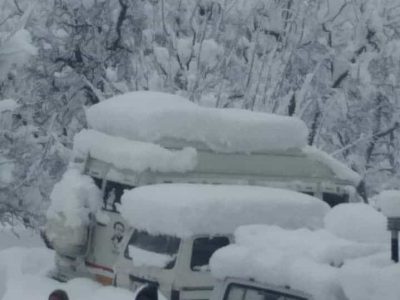